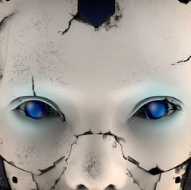 Game based learning: unobtrusive assessment of of competency.
Games can be effective tools for learning as measured by independent tests. The assessment of knowledge and competency/skill can, however, also directly take place on the basis of the game performance itself. This use of game performance as indicator of student proficiency is regarded as a promising approach for the unobtrusive and direct assessment of student proficiency. In general, two different streams can be identified. The first stream of research focuses on finding meaningful relationships or patterns in the data using exploratory techniques. The second stream of research focuses on the application of confirmatory psychometric models on performance data for making statements about a proficiency. Both techniques can be used to handle the versatile, complex, interdependent and large quantities of performance data that results from student performance in game based learning environments.
The post-doc in the project will explore the novel combination of different (bottom-up and top-down) techniques for online and unobtrusive assessment of competency (development) based on game performance and validating these techniques with (large sets) of actual user data. The focus is to find meaningful and psychometrically sound indicators of trainees’ proficiencies. The post-doc will work on how the performance data from the game can be analyzed using different (statistical) techniques. In particular, the focus is on one of the most often used psychometric models in the context of game-based assessment, namely, the Bayesian Network (BN) because BNs are more applicable to model the complex structure of observations and student models in games. In first instance, these data will come from games developed by T-Xchange and for further validations data from games from the Thales engineering group and from a game on academic integrity will be used.